"He prepares his cases in a meticulous manner and his advocacy is first class." Chambers & Partners 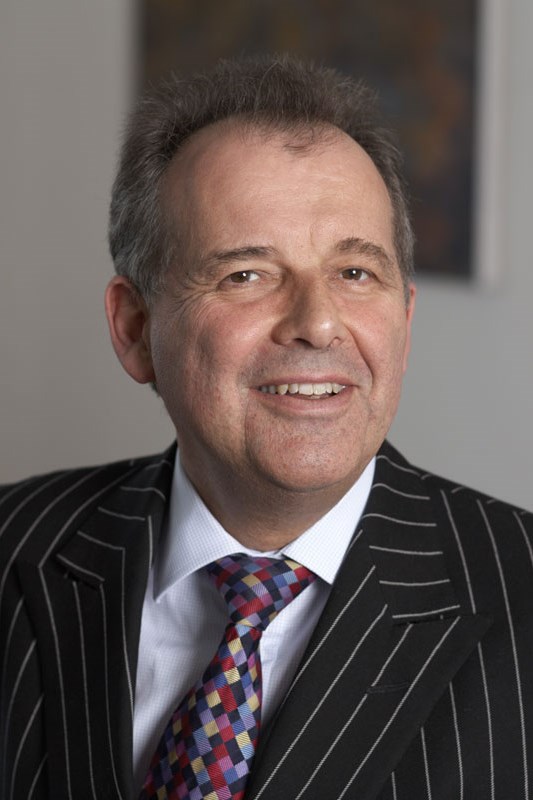 Christopher is always interested in the unusual and challenging, and with his extensive experience of jury trials is recognised as a leading and tenacious advocate across his range of practice areas including:

Integrating his civil and Chancery practice, Christopher deals with cohabitee disputes and other Trusts of Land and Trustees Act (ToLATA) applications.

He is experienced in dealing with high profile clients including senior business figures, television personalities, premiership football players and other sporting personalities.

With extensive experience of jury trials against the police, Christopher specialises in claims for assault, false imprisonment, malicious prosecution and misfeasance in public office.

Christopher is instructed in a range of regulatory matters, including professional discipline, environmental protection and prosecuting and defending under the Waste Management Regulations, including illegal tipping and scrapping. He has successfully defended proceedings brought by DEFRA alleging animal cruelty at a large commercial meat processing factory.

Recent cases include the successful dismissal of private prosecution proceedings against a large land developer based on alleged damage to the habitat of the legally protected Great Crested Newt.

In Willis v Derwentside District Council, Christopher successfully represented the claimants in a claim involving the escape of stythe gas at the site of a former coal mine.

Capitalising on his extensive criminal experience, Christopher is instructed in Proceeds of Crime (POCA) cases brought by Local Authorities and other public bodies seeking to recover assets arising from regulatory breaches such as trade mark infringement, environmental protection, tipping and scrapping.

Christopher is recognised for his wide level of criminal advocacy experience and is regularly instructed in serious cases such as homicide, terrorism and complex financial crime, including as a leader.

He has particular expertise and Court of Appeal success in issues surrounding the use and protection of informants, including procedural “know how", provision of discounts, Section 73 Serious Organised Crime & Police Act (SOCPA) “super grass” agreements, and informants identified by Court Order.

He was instructed in the leading informant discount case of R v Blackburn and P, also reported as R v P. In 2017 Christopher represented the identified informant in Operation Shelter known as “XY” in Newcastle.

He has an interest in entrapment, undercover and agent provocateur cases, including those involving child sex offences and internet grooming and has defended victims of "Dark Justice". Christopher has dealt with cases involving Covert Human Intelligence Sources (CHIS).

He is instructed by the prosecution and defence in Serious Sex Cases including sexual assault, rape, historical and institutionalised sexual abuse, indecent images, prostitution and soliciting and internet grooming. He has successfully defended allegations of rape, marital rape and sexual allegations against police officers.

Christopher was commended by the police and CPS for his part in Operation Fibre resulting in the prosecution of three men accused of grooming and child sex offences in Teesside including counts of arranging/facilitating commission of a child sex offence, sexual activity with a child and child abduction.

He has been instructed by the defence and prosecution in relation to major armed robberies and conspiracies to rob. He was involved in Northumbria Police’s Operation Zoom. Christopher is instructed in relation to cases involving firearms, including leading the defence in the case of the shooting and murder of South Shields takeaway owner, Tipu Sultan.

Christopher has particular expertise in disclosure and third-party disclosure issues in criminal proceedings. He is instructed in complex Proceeds of Crime (POCA) cases particularly arising from regulatory offences prosecuted by local authorities. He is experienced in financial crime cases involving allegations of fraud, conspiracy to defraud, mortgage fraud and money laundering.

Christopher is instructed in one of the first prosecutions under the Modern Slavery Act 2015 where a landlord is alleged to have exploited his tenants to work without pay in return for accommodation.

Christopher is experienced in dealing with clients with mental health and/or learning difficulties including using intermediaries and other special measures during court proceedings. He can put vulnerable clients at ease, build rapport and explain the particular circumstances of their case and the often daunting court process. Christopher deals with cases involving insanity, fitness to plead and Mental Health Act disposals.

As well as being regularly instructed by the Crown Prosecution Service, Christopher has also dealt with private prosecution matters.

With his extensive motor offence defence experience, Christopher deals with cases involving causing death by dangerous, careless and inconsiderate driving. In R v Hughes, Christopher acted for the successful appellant driver charged with causing death by driving whilst unlicensed and without insurance. The case has largely eliminated simple prosecutions for this offence. He has advised in several similar cases since for the prosecution and defence.

He has defended several high-profile sporting and public figures and personalities.

Whilst Christopher is qualified and able to accept instructions directly from individuals, businesses and professional organisations, given the range and complexity of work he deals with, this often results in him working collaboratively with solicitors. Under direct public access Christopher has dealt with NHS complaints, actions against the police, matrimonial finance disputes, child maintenance/support Tribunals, care home regulation and professional disciplinary matters before the General Optical Council. He also accepts private prosecution instructions.

Christopher is the Deputy Head of Trinity and is Chambers' Management Committee Treasurer. He has been a Bar Standards Board External Moderator on the Bar Vocational Course. Christopher is a Director of two small property management companies, giving him commercial and pragmatic insight as well as an understanding of Board level governance, duties and responsibilities. Christopher was previously a Governor of a successful independent school for 15 years.

R v L [2017] – successful defence of allegations of rape by a police officer.

R v Hughes (Appellant) [2013] UKSC56 – successful appeal by driver charged with causing death by driving whilst unlicensed and without insurance.