John practices in all areas of criminal law and related proceedings. He has experience acting for a range of different bodies in criminal cases ranging from local authorities, government bodies, and also private prosecutors. 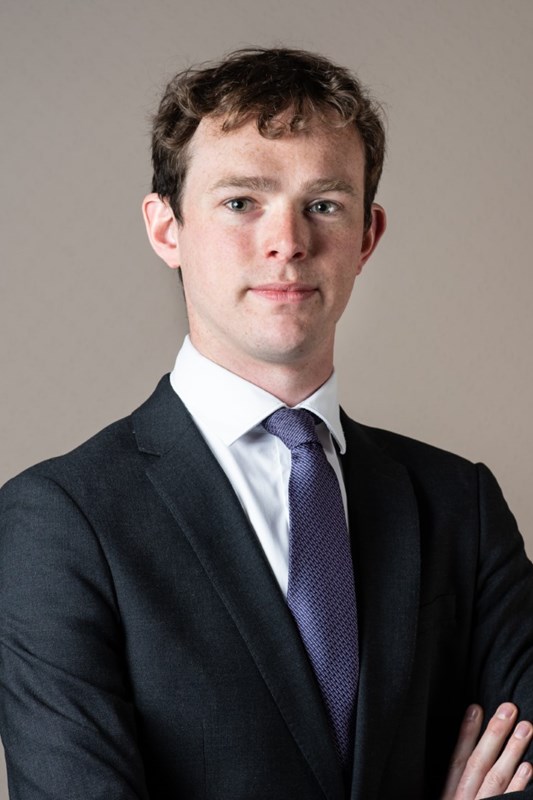 John practices in all areas of criminal law and related proceedings. He has experience acting for a range of different bodies in criminal cases ranging from local authorities, government bodies, and also private prosecutors. John joined Chambers in January 2021 having previously practiced in London and the South East.

John has a busy criminal practice and has been instructed in a broad range of cases for both the defence and prosecution. He has been involved in cases involving vulnerable witnesses and issues relating to insanity and fitness to plea. He has also acted on behalf of clients facing a range of violent, drug related or fraud charges either at trial or for sentencing. John has developed expertise in serious youth court cases, representing youths accused of rape, sexual assault, robbery and fraud.

In addition, John has acted for local authorities in relation to a range of criminal prosecutions concerning housing and planning law and enforcement. This included prosecuting cases in the Crown court and Magistrates Court on their behalf as well as pre-charge advice on cases. John has also used this experience to Defend individuals facing breach of enforcement notice  proceedings and other cases brought by local authorities.

John also has experience of dealing with POCA proceedings included contested hearings and applications to vary historic orders. He has also dealt with other post-conviction matters including applications for football banning orders.

John has a broad experience of disclosure matters, he has conducted LLP reviews on behalf of the Police and has also been instructed as a disclosure junior in a large county lines case.

He has also been instructed in numerous trademark and fraud prosecutions from first appearances through to trials and sentencing hearings. John is comfortable with the legal and practical hurdles that can arise when bringing a private prosecution and presenting the case to the Court. He also has significant experience of costs applications following successful prosecutions, both against Defendants personally and from central funds.

Alongside his Criminal practice, John has been instructed in a number of related regulatory matters. This has included a prosecution on behalf of the Forestry Commission, as well as extensive experience of breach of trademark offences.

John has also been involved in prosecutions on behalf of local authorities for breaches of health and safety at work regulations, HMO conditions and licensing cases. This has included drafting advices for clients' pre-charge as well as representation at hearings.

John is direct access qualified and is able to accept instructions from the public or businesses directly.

John is a door tenant at 5 St Andrew’s Hill where he maintains a practice in extradition law.

John secured three acquittals on an indictment with counts of s18, s20 and s47 after a four day trial arising out of an alleged unprovoked assault at a party, causing substantial facial injuries. Cross examination of the complainant and the OiC led to further disclosure coming to light significantly undermining the Crown’s case. As a result, the Crown offered no evidence on counts 1 and 2 at half time and John’s client was acquitted by the jury on count 3.

Successful prosecution of a Defendant charged with PWITS class A of drugs found at home address despite no supporting telephone evidence.

Successful defence of a client charged with dangerous driving and linked offences. Despite eyewitness evidence from two police officers who claimed to have recognised the client the Defendant was unanimously acquitted.

Defending a client on a bladed article charge who maintained that he had committed a robbery using a pair of glasses rather than a knife, despite CCTV of the incident. John’s client was convicted by a majority after the jury deliberated for 2 days

A private prosecution for fraud against a pub owner who had kept the proceeds of a charity fundraiser for themselves and falsely created a thank you certificate. The Defendant was convicted following trial, having maintained that he had sent the cheque in the post. The case was reported in the local press.

Defending a youth accused of 4 knife point robberies against young complainants. Notwithstanding numerous positive ID parades John’s client was acquitted on two of the four charges and received a non custodial sentence.

Prosecution of a woman who pleaded guilty to offences under the Communications Act involving hundreds of calls to the police over a several years. The cost to the emergency services of responding was over £500,000. The case attracted national press attention.

Representing a client charged with breaching an enforcement notice following building work he had carried out in his own home. Following cross examination of the local council officers a successful application of no case to answer was made.

John’s client was facing an indictment of ABH, harassment and several assaults in a domestic context. Following the serving of an application to dismiss the Crown dropped the ABH from the indictment. After further submissions on the case generally, focusing on flaws in the Crown’s evidence and the Defendant’s mental health a plea to a single common assault was accepted leading to a conditional discharge.

Acting on behalf of a local authority John secured convictions against both Defendants in a case relating to illegally renting a HMO following a multiple day trial in the Magistrates Court.

Prosecution of Defendant facing a charge of affray which took place within a court building. The Defendant was convicted after a 6 day trial including 11 live prosecution witnesses.

A licensing case arising out of an investigation into s18 GBH. Appearing on behalf of the local authority John successfully argued against the premises being allowed to keep their licence in a 2 day hearing.

Youth Court case where the Defendant, an 11y.o boy, faced charges of a rape, attempted rape and sexual assault against a 12y.o boy. D was acquitted on count 1 and convicted on count 2 but received a non-custodial sentence.

John’s client was stopped in a car where he was the only person and a knife was found in the back pocket of the drivers seat. The Defendant argued a lack of knowledge. The case resulted in a hung jury and the prosecution offering no evidence rather than pursue a retrial.