"His closing speeches are always memorable - he commands the attention of everyone in court"
"A fantastic communicator, who distils complex facts into intelligible themes" Legal 500 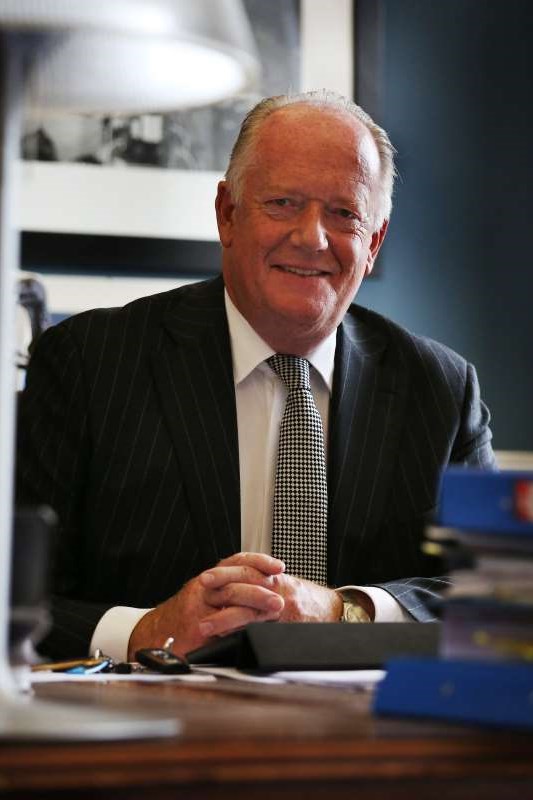 In June 2017, received the Outstanding Achievement Award at the Northern Law Awards 2017. The award recognises individuals who have made an outstanding contribution to the legal profession in the region and to their organisation.

A longstanding interest in, and knowledge of, planning matters and the built environment (Vice-Chairman Northumberland and Newcastle Society) rendering him a powerful advocate at Public Inquiries e.g. Chester-le-Street National Probation Service Hostel.

R v Atay (2019) Defending in “coercive control” case following wife’s stabbing of her husband. Defendant cleared of murder and convicted of manslaughter on the grounds of lack of intent.

R v Mitesh Patel (2018) Defending pharmacist, described as a “fantasist” alleged to have murdered his wife to start a new life in Australia with his gay partner.

R v Seddon (2013) Two counts of murder and attempted murder, high profile defence following fatal shooting of defendant’s parents and previously driving a vehicle into a canal with them as passengers.

R v Robert Black (2011) Successful prosecution of high profile child killer for murder of Jennifer Cardy in Northern Ireland 30 years previously. In 1994 junior counsel conducting the then largest ever disclosure exercise in the UK with Black convicted for the murders of Susan Maxwell, Caroline Hogg and Sarah Harper.

R v Mitchell (2010) Defence of uniformed police officer accused of multiple rapes and sexual assaults, including in police cells and vehicles. Charged with 26 offences, convicted of 11.

R v Reid (2017) Prosecuting defendant accused of murdering his father by strangulation and chest injuries, unfit to stand trial, proved to have committed the act.

R v Corbett (2017) Defending co-accused in multi-handed murder, causing or allowing the death of a vulnerable adult and acts intending to pervert the course of justice.

R v McCabe (2015) Successful murder and manslaughter defence following death caused from smoke inhalation because of a fire alleged to have been started by the defendant after burgling the victim’s home.

R v Johnson (2014) Murder defence, believing she was possessed by the devil, defendant strangled and stabbed his partner, pleaded guilty to manslaughter on the grounds of diminished responsibility three days into the murder trial.

R v Smith & Others (2013) Murder prosecution, four brothers who burnt down the home of a convicted paedophile and his girlfriend convicted of manslaughter.

R v Newton (2009) Successful murder prosecution of boyfriend who strangled and slit his partner's throat after being freed on bail for an earlier attack.

North East Property Buyers Mortgage Fraud (2015) Defending client charged in what was dubbed the largest fraud in the UK, following a week of negotiations at trial, prosecution offered no evidence.

Deals with private prosecution matters including cybercrime and fraud.

R v Edwards (2017) Defending in alleged shaken baby case. Acquitted after co-accused gave evidence, and after Defence submissions and the Prosecution was invited to offer no evidence by the Judge.

R v Peacock (2012) Defence of mother accused of causing or allowing the death of a child and neglect following fatal injuries to 13 month old child. Acquitted of any involvement in death.

R v Sardar Ahmed Abiet (2019) As part of Operation Emerald, defending allegations of being the leader of a grooming gang. Acquitted following legal argument and allegations of mis-conduct by investigating police officers.

R v Forster (2012) Defence of allegation of sexual assault. Novel arguments surrounding automatism, including expert evidence, as defendant submitted that the alleged incidents happened whilst he was asleep.

R v Daley Schofield (2003) Alleged conspiracy by 2 soldiers to murder a German national who had allegedly given information to the military police regarding drug dealing by the accused. Detailed abuse of process arguments raised following which no prosecution evidence was offered and an investigation into procedure was subsequently directed.