"Tony is an exceptional barrister. He is down to earth and I know that he will build an immediate rapport even with the most challenging clients"
Legal 500 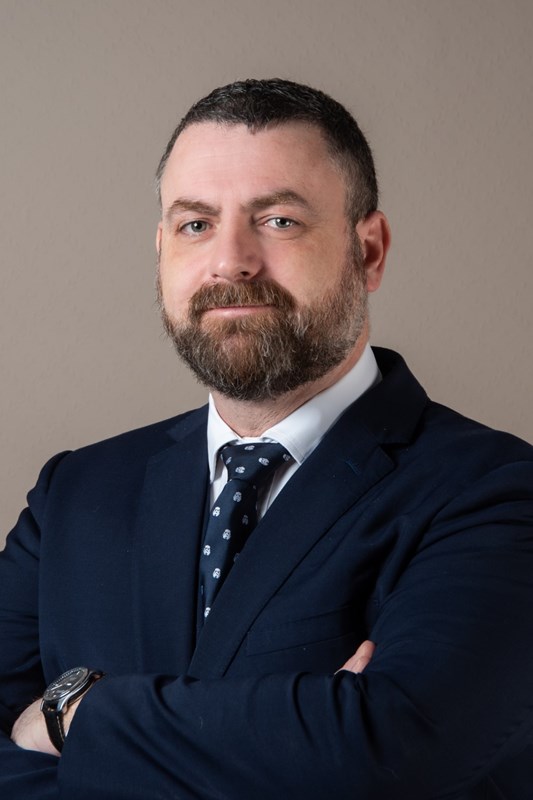 Tony has, since 2003, developed a strong criminal practice and appears regularly in Courts across the North East and beyond.

He is well regarded among solicitors for the high level of client and witness care that he provides and has particular strengths when it comes to the representation of the more demanding clients and those with complex needs. He has developed a reputation for his approachability and the way he puts even the most anxious of lay client and witness at ease.

Tony is always more than happy to provide written advice on evidence and sentence as well as the prompt and very full drafting of all documents for use at, or prior to and following trial.

Tony has undertaken work in local Magistrates' and Crown Courts in the areas of:

Tony is regularly instructed in relation to motor offences . He deals with all aspects of road traffic offences including death by dangerous driving, drink driving, speeding, excess alcohol, totting up offences, driving whilst disqualified and “road rage” offences. He has a particular interest in "loophole" cases.

Tony is also instructed to provide on-site advice to police forces and the NHS in this complex and ever-developing area of law. He has advised in complex charity frauds, large-scale money laundering offences as well as suspicious deaths and murder. Issues of legal professional privilege often arise, sometimes at very short notice, during the course of an investigation, long before any formal charge is laid. Ensuring compliance with issues of privilege preserves the integrity of an investigation and can prevent problems arising later in court, sometimes leading to the collapse of a case at huge cost.

Tony is an Associate Lecturer at Northumbria University and is an accredited advocacy teacher by the Advocacy Training Council. Prior to his appointment Tony has, for several years, conducted advocacy workshops with Bar students at Northumbria University and delivers lectures on “Interpreting within the Justice System” to Postgraduate students of Bilateral Interpreting at Newcastle University. Prior to becoming a barrister Tony worked as a freelance interpreter, with particular involvement in Asylum and Immigration matters and speaks French to Court standard.

Tony is qualified to receive instructions direct from businesses, professionals and members of the public. Any such requests should be directed to his clerks in the first instance.

R v Raymond Brown and others – junior Counsel in a murder where the deceased was stabbed more than 30 times.

R v Kelly-Ann Raisbeck and others – a section 18 GBH trial following a savage group attack on a homeless man.

R v Nicholas Wilson and others – trial involving a large-scale conspiracy to supply heroin and cocaine in the North-East, with links both national and international.

R v SK and others - large-scale conspiracy to supply “spice” – a new psychoactive substance – in the Newcastle area.

R v Maxwell Brennan - bomb-hoax and hostage-taking offence that occurred at Byker Jobcentre in the wake of terror attacks in London and Manchester.

R v LH – acting for a vulnerable female defendant where she was groomed by a predatory male and persuaded to exchange indecent images involving her own child.

R v SA – leading junior counsel in 8-week trial involving widespread historical allegations of abuse against vulnerable young women, under the umbrella of Operation Optic. No evidence offered during the trial, which later collapsed completely due to widely- reported problems with the investigation.

R v Barber – trial with allegations of systematic and sexual abuse on young boys over a period of 3 decades.

R v Shiya Zhang and others – a trial that centred around the alleged large-scale importation and sale of counterfeit goods.

R v MK and others – prosecuting part of a wide-spread "vishing" fraud totalling over £80m and spread across various jurisdictions.

R v Wright and others – “cash for crash” motor accident insurance fraud conspiracy with over 90 Defendants.

R v Wright – defending an environmental prosecution with an alleged benefit figure in excess of £3m.

R v Muldoon – defending a POCA application in a class A drugs conspiracy involving an alleged benefit of £2.5m.

R v Cheng and Zhou – prosecuting for trading standards in a POCA case involving criminal lifestyle said to be funded by the wholesale importation of counterfeit designer goods.

R v Ireneus Pierik – a case of people-smuggling from India to the UK via Europe.

Reid v Burnside and others – a 13 day appeal against conviction, co-defending alongside Leading Counsel in a noise nuisance case.

R v JB – defending in a gangland retaliation case involving co-ordinated damage to vehicles, the procuring of firearms and a cross-over between several large-scale police operations. The case ultimately collapsed against the defendants following 8 days of legal argument.