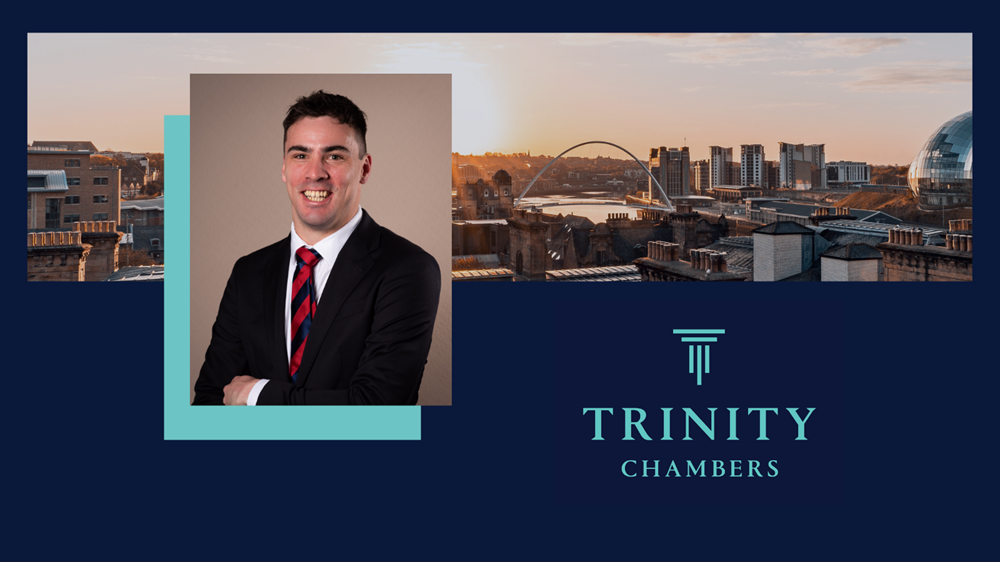 Trinity Pupil barrister, Michael Haywood examines the latest developments with the Business & Property Court Disclosure Pilot Scheme. Michael commenced his pupillage in October 2021 in Trinity's Business and Property team under the supervision of Simon Goldberg who heads the Group.

The 136th Update - Practice Direction Amendments can be found here.

As predicted by Jack Cottrell in Trinity's previous Junior Litigators Toolkit webinar, the Disclosure Pilot Scheme currently operating in the Business and Property Courts has again been extended and will now operate until 31 December 2022. The Scheme was conceived as a ‘living pilot’ and the changes which came into force on 1 November 2021 represent a further stage in its evolution.

In broad terms, these latest amendments have a twin-focus; to iron-out issues in the pre-existing procedure for disclosure under the Scheme, and to create greater flexibility so that the Pilot can better accommodate the different types of case that fall within its ambit.

Adapting the Scheme to different types of claim

The Disclosure Working Group has created a separate regime within the Pilot for ‘Less Complex Claims’. This is described in Appendix 5 to PD51U and includes a simpler Disclosure Review Document; further guidance about this new regime is set out in Appendices 6 and 7.

A Less Complex Claim is defined at paragraphs 3 and 4 of Appendix 5. They are claims which, by virtue of their nature, value, complexity or the volume of Extended Disclosure which is likely to be required, may not benefit from the full range of procedures in the Pilot. Save where one of the other factors suggest otherwise, any claim valued at less than £500,000 should be treated as a Less Complex Claim.

The principal feature of the new regime is that it excludes the use of Model C and E disclosure. Where a party requests Model D disclosure it must set this out in writing within 28 days of the service of the final Statement of Case. Thereafter, the parties must comply with 10.1 of the Practice Direction. However, the Disclosure Review Document for such claims has been simplified (see Appendix 6); it envisages that the number of issues should rarely exceed five and they should be set out concisely and in a way that does not create added complexity.

The parties may agree before a claim is issued that it is a Less Complex Claim, but that agreement may not vary the provisions for Extended Disclosure. Alternatively, either party may set out in writing the reasons it believes this new regime should apply, this may be included in the Particulars of Claim/ Defence. Where the parties do not agree, the regime will not apply unless the Court, of its own motion or upon hearing an application, order that it does.

It is important to note that the Pilot remains the default procedure for multi-party cases. However, the Working Group has recognised that the provisions of the Scheme may jar with the conduct of such cases. Though they have not gone as far as creating a discrete regime, such cases are now expressly considered at 1.12 and 13.5 of the Practice Direction.

1.12 enables the Court to order a bespoke process by which either or both the timetable and the procedure can be tailored to the needs of each particular multi-party case. 13.5 states that in such cases the parties should discuss and seek to agree whether it is appropriate for all of the Disclosing Party’s documents to be given to all of the other parties, or if it can be limited to some of them.

1.12 is unfortunately vague as to when such an application should be made. Although the requirement that it be done at an early stage is a reminder, if one were needed, that the obligations under the Scheme take effect quickly. Parties are advised to give thought to the requirements and impact the Scheme will have on their actions as soon as possible. Where disagreement arises in respect of 13.5, parties are pointed to the process of seeking Disclosure Guidance (see Paragraph 11) as a step to be considered before an application for directions.

In line with its efforts in the 6 April 2021 amendments to the Scheme, the Working Group has continued to encourage parties to make better use of the Disclosure Guidance process set out at Paragraph 11 of the Practice Direction. 6A.3 empowers the Court to offer such guidance as part of its exercise of general control over disclosure. And 11.2 has been redrafted so as to move the emphasis away from oral hearings being used to seek guidance. Where suitable, the Court will offer the guidance on the papers.

At the other end of the scale, the maximum length of such hearings has increased to an hour. The object of this redrafting appears to be to make the process of seeking Disclosure Guidance more attractive to the widest range of parties within the Business and Property Courts.

Agreeing Lists of Issues for Disclosure

Further amendments have been made to the Practice Direction seeking to address some of the issues which have been brought to the attention of the Working Group. The changes between Paragraphs 7 and 10 focus on adapting the process of agreeing the List of Issues for Disclosure and to limit the scope for requests that are excessive. This aims to make the pilot more efficient by removing the potential for its processes to become contentious.

2.2 requires that when the draft List of Issues is served the party identifies which model is proposed for each issue, and the amended 8.3 requires moderation to be exercised in the number of different models sought.

These changes place emphasis upon the parties considering where there is common ground and only seeking disclosure on key issues. Any requests should be short and narrowly drawn. With particular regard to Model C Disclosure, the amendment of 10.4 discourages requests that are set out in broad and wide-ranging phrases.

Understandably the changes to the Scheme align with its key objectives: they seek to address shortcomings in the rollout of the pilot to date. To succeed the Scheme requires disclosure processes that are born of co-operation, consideration, and specification.