Trinity barrister, Ellen Wright examines the engagement of Article 2 in inquests and the Court of Appeal’s determination in Maguire with a look ahead towards the impact of the decision on Covid-19 inquests for those who contracted the virus and died in care homes.

Article 2(1) of the European Convention on Human Rights outlines that “everyone’s right to life shall be protected by law”. It is engaged in the context of inquests in two ways namely, where an individual has died in a custodial setting or, where there has been a substantive breach of Article 2. The case of Osman v. UK [2000] 29 EHRR 245 is of assistance in determining what this second limb means in practical terms. It outlines that Article 2 is invoked where a state has failed to protect a person from an appreciable “real and immediate” risk to their life.

R (Middleton) v. West Somerset Coroner, House of Lords, 11 March 2004 assists in differentiating between inquests subject to Article 2 and those that are not. In essence, all inquests within the UK examine ‘how’, as in by what means, an individual came by their death but, inquests subject to Article 2 go further. They interpret ‘how’ as ‘by what means and in what circumstances’ the individual came by their death.

On 10th June 2020, the Court of Appeal heard the case of Maguire v. Her Majesty’s Senior Coroner for Blackpool and Flyde and Others [2020] EWCA Civ 738.  In brief, Jacqueline (Jackie) Maguire resided in a care home as she was unable to live independently owing to moderate learning difficulties and Downs Syndrome. Ms Maguire lacked the capacity to make decisions in respect of her own care and medical treatment because of her difficulties and as such, was subject to a deprivation of liberty safeguard as set out under Schedule A1 of the Mental Capacity Act 2005. In February 2017, Ms Maguire appeared to be suffering from stomach problems and a few days later she had a fit. An ambulance was called, and paramedics attended, but Ms Maguire declined to go to the hospital (which she was prone to doing). A decision was taken by the paramedics and Ms Maguire’s GP not to force Ms Maguire to go to hospital. Sadly, Ms Maguire’s condition worsened, and she collapsed the following day; she was transported to hospital but died later that evening. It was found that Ms Maguire had died as a result of a perforated stomach ulcer with peritonitis and pneumonia.

Before examining the decision of the Court of Appeal in respect of Ms Maguire’s care, it is perhaps first of assistance to look briefly at the case of R (Parkinson) v Kent Senior Coroner [2018] EWHC 1501 (Admin) which reared its head in the case of Maguire, and which outlines an important distinction between cases of individual medical negligence and systemic failings by care facilities and the point at which Article 2 is engaged. This case concerned the death of Kathleen Parkinson, a 91-year-old woman who was admitted to A&E with breathing difficulties and later died. The Court identified two main areas of examination: first, the cause of Ms Parkinson’s death and second, the diagnosis and treatment of her condition. In assessing both of the above, the Court made clear that it did not find any grounds for extending the scope of the inquest to Article 2. This was the subject of subsequent appeal where the Court of Appeal held in clear terms, in a lengthy and detailed judgement, that “it will be necessary for care to be taken to ensure that allegations of individual negligence are not dressed up as systemic failures”. In short, errors in the professional judgement of medical practitioners do not in and of themselves lead an inquest down the path to Article 2.

With this in mind, the difficulty faced by the Court in Maguire becomes clear. In essence, did the events that unfolded transpire as a result of individual acts of negligence by medical professionals (such as the paramedics or GP) or systemic failings by a system holding responsibility for Ms Maguire through a deprivation of liberty safeguard? The coroner initially found at a pre-inquest review hearing that Article 2 was engaged but after hearing the evidence, the coroner determined that Ms Maguire’s case was not one in which Article 2 was engaged, instead finding that the failings that occurred amounted to medical negligence. Ms Maguire’s mother, Muriel, initiated judicial review proceedings in which, the High Court held that the determination of the Court not to progress Ms Maguire’s inquest as an Article 2 inquest was correct. Muriel Maguire subsequently appealed this decision on three grounds namely:

The Court of Appeal dismissed all three grounds of appeal. In summary, the Court of Appeal stated that there would be occasions in which vulnerable individuals under the care of the state in settings such as those in which Ms Maguire resided would be owed a substantive operational duty under Article 2. However, on the evidence heard before the Court at Ms Maguire’s inquest, there were no grounds to believe that Ms Maguire’s death resulted from a breach of Article 2 operational duty of the state to protect life. As such, it ought not have been open to the jury in the inquest to make a determination on the circumstances surrounding Ms Maguire’s death and ultimately, (in line with Lopes de Sousa Fernandez v Portugal (2018) 66 EHRR 28) it would only be very exceptional circumstances in which a state could potentially be held responsible under the substantive limb of Article 2 (see Osman above). The Court of Appeal also highlighted that for individuals subject to a deprivation of liberty safeguard, there was no case law to suggest that such individuals would be owed an operational duty for all purposes; this would only be owed for ‘some’ purposes.

Perhaps most interesting was the contrast the Court of Appeal made between individuals subject to deprivation of liberty safeguards in care home settings, as Ms Maguire was, and those subject to section under the Mental Health Act as psychiatric patients. The distinction being the difference in the way medical treatment was sought in each set of circumstances. The Court highlighted that, “Jackie’s circumstances were not analogous with a psychiatric patient who is in hospital to guard against the risk of suicide…she was not there [in the care home] for medical treatment. If she needed medical treatment, it was sought in the usual way, from the NHS”.

The Court went on to state that the failure to get Ms Maguire to the hospital following her refusal was “remote from the sort of systemic regulatory failing which the Strasbourg Court has in mind as underpinning the very exceptional circumstances in which a breach of the operational duty to protect life might be found in a medical case”.  It was further observed that Ms Maguire’s life was not knowingly put in danger by the denial of medical treatment as neither the GP nor the paramedics knew that Ms Maguire’s life was in danger when they had tended to her prior to her refusal to go to hospital.

In a nutshell, the State’s duties under Article 2 are not automatically triggered if a vulnerable person who lacks capacity dies in a care home following potential failings by medical professionals and there must be some basis for believing that there has been a breach in the State’s operational duty to protect life if Article 2 is to be engaged.

It is clear from the decision of the Court of Appeal that coroners must impose a very high standard in determining the engagement of Article 2 and the decision will undoubtedly affect a significant number of inquests opened on behalf of individuals who have died in care home settings; particularly in the wake of Covid-19. However, the finding of the Court has come as a disappointment to many, including charity leaders, who believe that ultimately, the decision provides less protection to those living in care settings whether it be through old age or learning disabilities. One of the grounds of appeal (outlined above) put forward by Ms Maguire’s mother was the wider context of premature deaths of individuals with learning disabilities.

Since the start of the Covid-19 pandemic, there have been 42,341 deaths registered with the Care Quality Commission with a link to Covid-19, accounting for 24.3% of all deaths of care home residents. It is perhaps only a matter of time before further arguments are raised around the engagement of Article 2 and it may well be that the increase in deaths in care homes in correlation with Covid-19 provides the ‘wider context’ to prompt such engagement that the Court of Appeal deemed lacking in the case of Maguire.  However, the Chief Coroner’s Guidance outlines that “an inquest is not the right forum for addressing concerns about high-level government or public policy”, indicating that such investigation is better left to a public inquiry. With that said, there perhaps remains a fact-specific grey area in which some cases may still fall within the realms of an Article 2 inquest such as in circumstances where care homes have acted against government guidance which has, in turn, led to Covid-19 infection and death. Although, even in these circumstances, it ought to be remembered that the bar to an Article 2 inquest remains high and there is no sign of change in this respect.

Following the findings of the Court of Appeal, Muriel Maguire outlined her intention to appeal to the Supreme Court. The appeal is now in the queuing system of the Supreme Court and the Court will decide whether to grant permission to appeal in the coming weeks. Subject to the outcome of this decision, the position of the law in this regard may not be settled just yet. 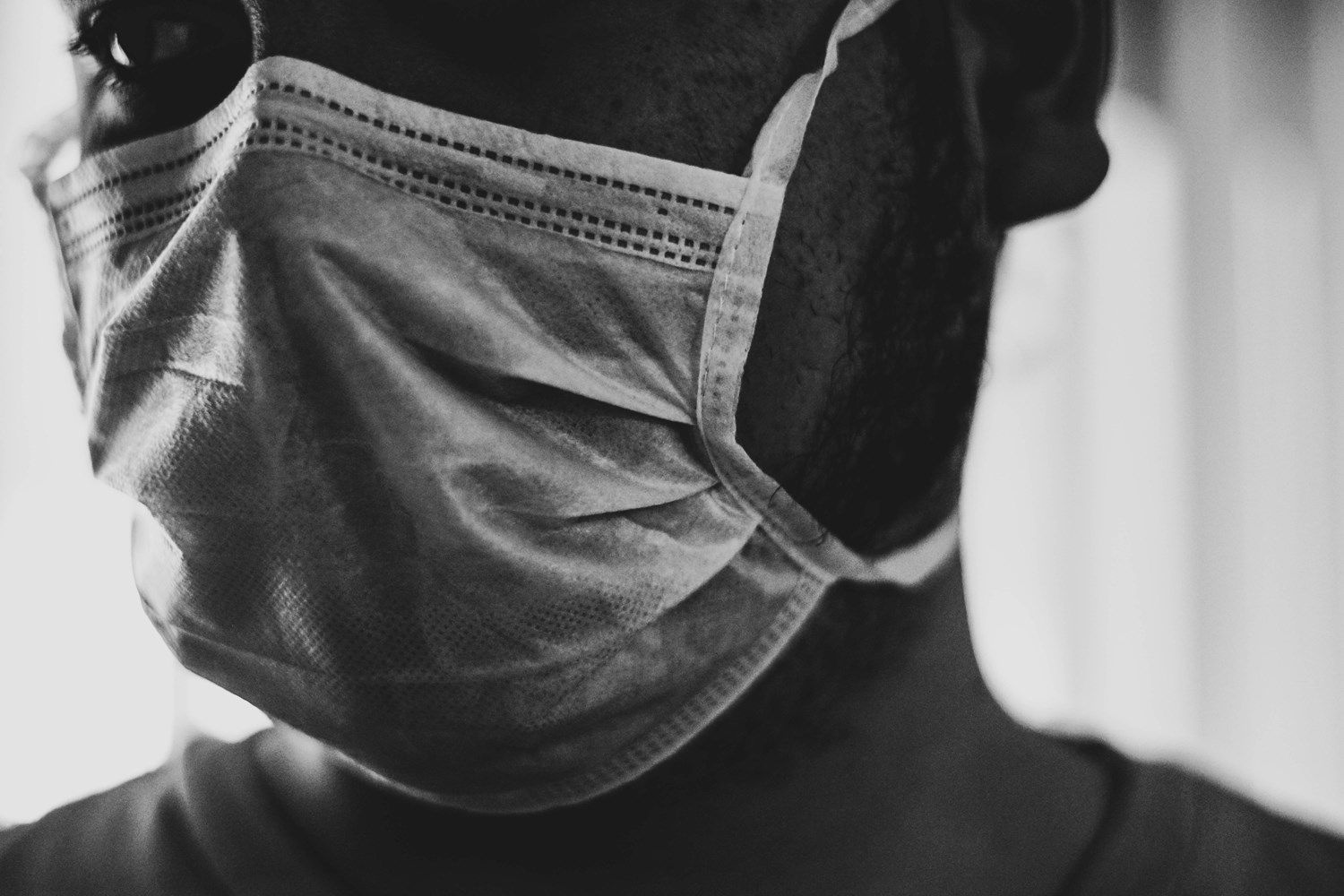