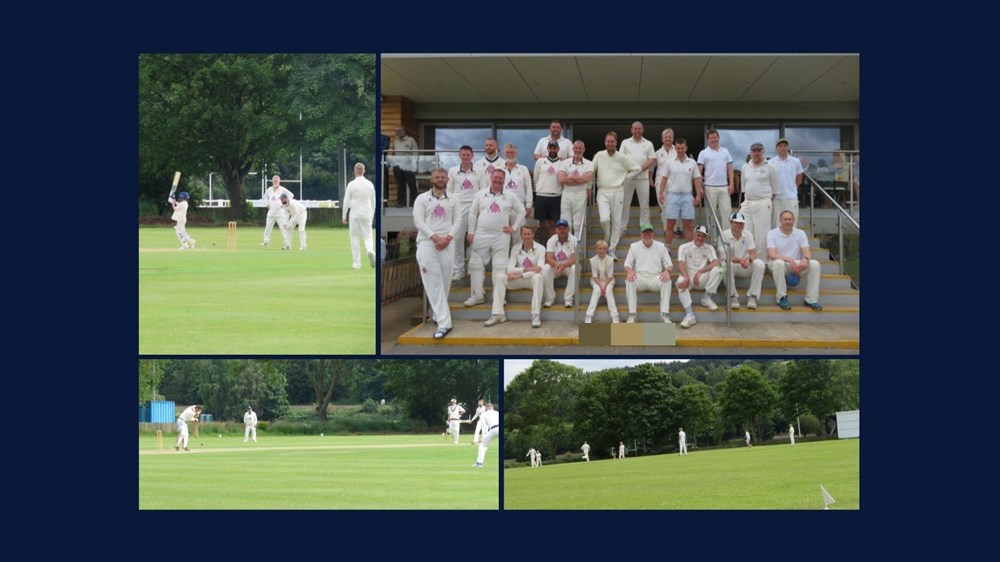 The match was held in memory of Peter Walsh, a much missed Trinity Chambers stalwart, long time captain and organiser of the Newcastle Bar cricket team and much loved supporter of and occasional player for Corbridge Cricket Club. Peter was also a supporter and coach at Corbridge United Junior Football Club.

Debbie Walsh, Peter's widow and many of his family and friends were there to enjoy what was a wonderful day in memory of Peter who sadly passed in April 2020.

Peter's colleagues from Trinity together with other bar members fielded a team 'Walshy's Wanderers XI' against a team from Corbridge Cricket Club.

In the match, Walshy's Wanderers XI did well to restrict a Corbridge Select XI, that to the horror of the Wanderers appeared to include a number of genuine cricketers, to a score of 159 from 30 overs. Unfortunately, that was the high point for the Wanderers who were unable to keep up with the required rate and perished through various ill advised and ill executed attacking strokes.

The day was thoroughly enjoyed by all as always. Corbridge put on an excellent and very generous tea and won Peter's framed club cap, which will reside at Corbridge CC club house until the rematch next year, in what has become an annual fixture.

Anyone wishing to make a contribution to the purchase of new equipment at the club in Peter's memory should contact Richard Stubbs, R.Stubbs@trinitychambers.co.uk.