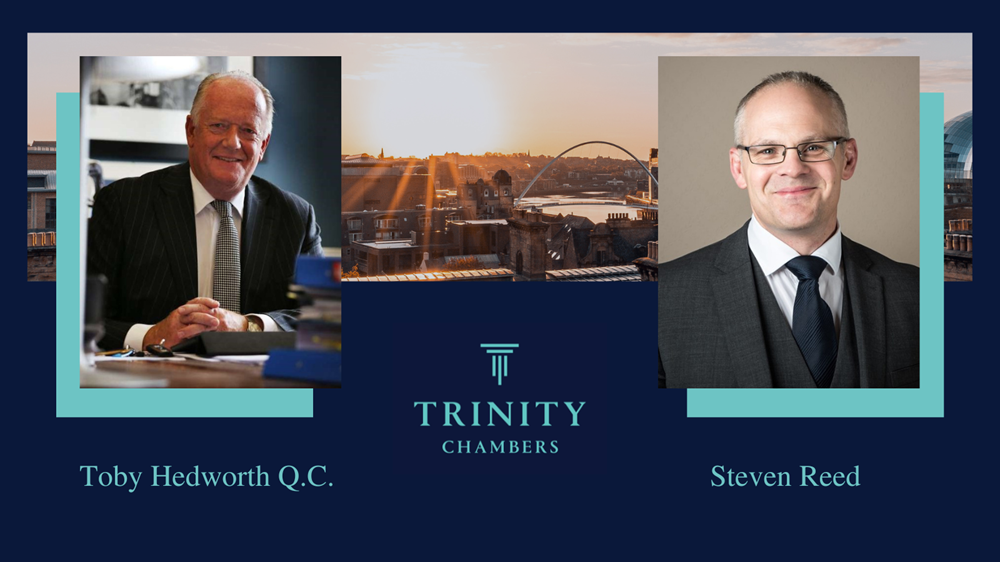 Trinity's Toby Hedworth Q.C. leading Steven Reed were part of the defence team representing Izaak Little at a trial being held at Newcastle Crown Court following the death of Danny Humble in an alleged assault that took place in Cramlington in May 2021.

In the fourth week of the trial, 18 year old Izaak Little, together with another defendant, who cannot be named for legal reasons, were cleared of murder following a direction by the trial judge Mr Justice Bennathan who advised the Jury:

"At the end of the prosecution case or very nearly at the end, the trial judge has a duty to review matters and decide if the cases of any defendants on any charge should go any further or if the case should be brought to an end. In this case I've carried out that review and I've applied legal tests relevant to my responsibility but not to yours and I've decided the charge of murder faced by Izaak Little and (a youth) cannot carry on any further."

Both teenagers were discharged after the Jury confirmed not guilty verdicts. The trial continues in relation to the remaining defendants.